The use of English stative verbs in the progressive aspect: Changes and recommendations for English grammar teaching

By Duong Hoang Loc, Huynh Ngoc Thu
Published online 15/09/2022
DOI: https://doi.org/10.37550/tdmu.EJS/2022.03.317
Abstract | PDF
Huynh Phu So is the Hoa Hao Buddhist founder who established doctrines and canon laws of religion at a young age. The religion he founded so far has nearly one million believers throughout the Southwest region. It has also spread to other provinces and cities in the country. His teachings are always remembered and applied by believers in their lives in order to build a compassionate, peaceful and prosperous society. Through bibliographic documents and fieldwork in the community, the article analyzes his genius to explain the birth of an endogenous religion with a large number of followers in the Southwest region today. Key words: Innate capacity Hoa Hao Buddhism, Huynh Phu So, doctrine, canon law

By Vo Gia Thinh
Published online 15/09/2022
DOI: 10.37550/tdmu.EJS/2022.03.313
Abstract | PDF
In this article, the primary purpose is to design and implement a remote light control example that makes use of the Arduino IDE platform for programming, the MQTT protocol, and an ESP32 microcontroller, which has a dual-core CPU as well as Wi-Fi and Bluetooth capabilities. This aspect is related to the Internet of Things (IoT), which allows any fundamental device to be linked and become a smart device via the application of the Internet. As a result, these devices can be operated from a significantly long-distance, eliminating the need to physically interact with the switches to turn them on or off. The first part of the paper is a discussion of the fundamental theory that is provided to examine the potential of remote control methods, followed by a short overview of the Arduino integrated development environment (IDE), MQTT communication protocol, and PWM technique to regulate the brightness of lights. The second section is devoted to hands-on work, such as setting up an environment connection over the Internet, compiling and designing a printed circuit board (PCB).

By Chế Đình Lý
Published online 15/09/2022
DOI: 10.37550/tdmu.EJS/2022.03.318
Abstract | PDF
This article is the results of the project "Assessment of health and safety risks for wood industry workers researched at Lap Giai company, Ben Cat district, Binh Duong province". Theory of change (ToC) is an intervention strategy to reduce worker health risk and safety that was initially established by the research team before being deployed at Lap Giai Company. Preparation ToC helps promote and cooperate in the co-production of knowledge between the academic and management group. The paper is a summary of 10 steps of the ToC method, in which, planning, analyzing change needs, projecting impacts, mapping intermediate results, determining project outputs, identifying assumptions, creating diagrams and explaining the ToC are important steps. The experiences drawn from the theory of change in transdisciplinary study are (1) Can be applied to digital transformation research and environmental management research in enterprises. (2) Role leadership is decisive in developing transdisciplinary topics in enterprises. (3) Both internal and external environments must be considered to design the most beneficial change interventions.

By Nguyễn Thị Xuân Hạnh, Nguyễn Thị Bích Ngọc, Võ Thị Hải Yến
Published online 15/09/2022
DOI: 10.37550/tdmu.EJS/2022.03.316
Abstract | PDF
In the new era, paper is still the main source of raw materials for daily life and production activities. Therefore, the research team explored recycling paper from bagasse to reduce waste and limit the depletion of available resources. The main material is bagasse with binders of aloe vera, corn starch, and CaCO3 in certain proportions to create paper products. From the methods of data collection, experiment, quality control, and meta-analysis to make paper from sugarcane applied to daily life. The disintegration test showed about three hours of paper dissolving in water. The product is tearable and has good adhesion. The product is handmade, so the thickness can be adjusted depending on the purpose of use. The product has a certain curvature and high strength. In addition, it is possible to create from this recycled paper into products that are applied in life such as decorative cards, bags, etc.

By Nguyễn Tấn Kiệt
Published online 15/09/2022
DOI: 10.37550/tdmu.EJS/2022.03.319
Abstract | PDF
For more than a hundred years, the people of Kien Giang have maintained the celebration of Nguyen Trung Truc’s death anniversary in order to pay tribute to this “Born as a general, die as a god”. According to the movement and development of history, the death anniversary of Nguyen Trung Truc must also have certain changes, to match the content anh nature of the historical – cultural time. This is an important issue, helping to better identify the regular adaptations and changes of national cultural values. However, to date this issue has not been studied. The purpose of the article is to analyze and clarify the process of organizing the death anniversary celebration and its changes, contributing to explaining the adaptation and regular change of cultural values.

Oral history: objectives for legitimizing this research method in Vietnam

By Vu Thi Thu Thanh
Published online 15/09/2022
DOI: 10.37550/tdmu.EJS/2022.03.332
Abstract | PDF
Oral history is both a method of gathering information and an important source of historical data in social history and public history. The narratives of individuals are not only exploited to find historical facts or “additional” details to a grand narrative but uncover the meaning of individuals’ stories for a broader social context. That shift has made oral history increasingly an interdisciplinary research method. However, compared with the popularity of oral history in international academic disciplines, the application of this research method restricts in Vietnam. This article presents the possibilities and prospects of oral history through different research topics/fields in history, at the same time, specify the causes of obstacles to the legitimization of oral history in Vietnam. 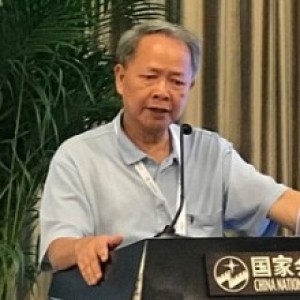 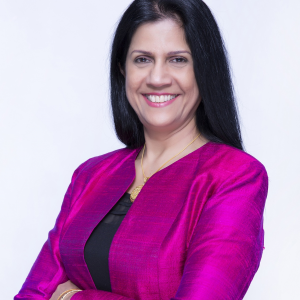